This year we decided to put 3 of our Southdown ewes to a Texel tup and they produced 6 lambs. We kept 3 Southdown ewes for the Southdown tup producing 3 lambs – 2 ewes and 1 tup. 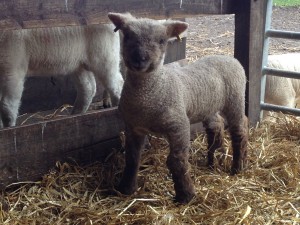 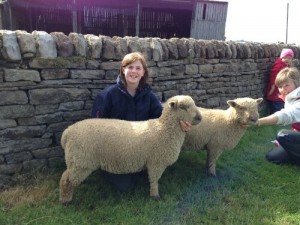 The Highford Soutdown flock is located in Hexham, Northumberland and was established in 2011 when 3 sheep were bought, in lamb, as a Christmas present and introduced onto Middle Dukesfield Farm alongside its established Bluefaced Leicester flock.

Below is some of the Southdowns just a few days after they were bought. All of them were bought in lamb and between the three of them they produced three ewe lambs in our first year. A year later we bought a tup and we had another successful year in lambing and the ewes produced 1 tup and 6 ewe lambs (2013). 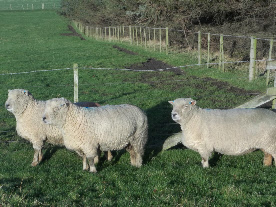 The three oringinal ewes that we bought. 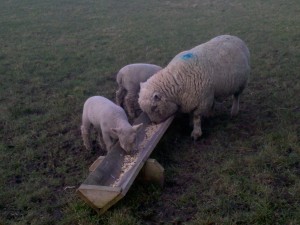